Escape Into the Past

With politics and dysfunction dominating the news, more readers are turning to subjects that take them as far away from Washington government as possible. It is also inspiring authors – including me – to turn to the past.

There is something comforting about reading of a past era; even if they had their share of misfortune, war, strife or hardship, we know the world kept revolving and for the most part, things turned out and life went on. It is also a reminder that though things look bleak, there is still hope; that life is often cyclical and though the world has encountered extreme negative forces—such as Nazi Germany’s expansion and takeover of much of Europe—things can turn around and positivity can prevail. There is also something about reading of an historical figure who, faced with few prospects at home, wandered far from where he had ever thought he would be in order to make a better life for himself and future generations.

I encountered such a man in my own family’s genealogy, but he is not uncommon. Anyone who has delved deep into their family history has also uncovered men and women that went through extraordinary hardship and achieved great things through the strength of willpower, determination and faith—faith in themselves, in the world or in a higher power.

William Neely was born at a time in which the Lowlands of Scotland was a desolate, deforested place. The vast majority of holdings were by only a handful of people and even home ownership was considered out of reach of 99% of the population. Those people did not even have time to contemplate their circumstances because they were focused on keeping the roof over their heads (a thatched roof that often belonged to a laird and they were granted permission to live there in exchange for their work and rent) and food on the table. Food was so scarce that by the time spring planting was ready to begin the decimated cows had to be carried into the fields to be hooked up to the plows. 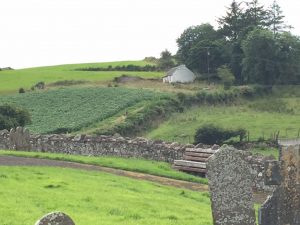 It was in this bleak circumstance that William was given the opportunity to leave Scotland for Ireland. Only 20 miles across the Irish Sea, it was a world removed; King James I was engaged in widespread colonization—even leading to the Americas. He was offering Lowland Scots and Englishmen the opportunity to serve him by granting land in Ireland; in return, the land owners would pledge their loyalty to the King, fight for him if needed (and was it ever), raise sheep to provide them with wool, and raise crops such as potatoes to feed the English people.

When William arrived in Ulster in 1608, he came to know the native Irish and even discovered his own family had lived in Ireland until the 13th century. In a sense, it was a homecoming. But his plans to live peacefully, raising sheep and crops and providing a better future for his children were soon placed in jeopardy. The land given to those loyal to King James was not simply land for the taking; it had belonged to the Irish. With Cahir O’Doherty, the Gaelic King of the Inishowen Peninsula, his family had owned their land and ruled its people for more than a thousand years—which is eight times longer than the independent existence of the United States of America. 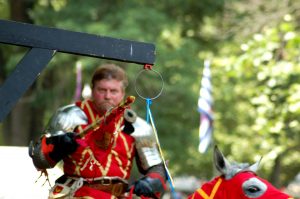 As colonization began under Queen Elizabeth I, several powerful clans in Ulster were overrun by English forces, their lands decimated, their people killed, their homes burned. Cahir O’Doherty was determined to spare his people that fate and he joined forces with the English, agreeing to fight for the Queen (and later King James I) in return for maintaining control of the Inishowen Peninsula.

That would all come to an end only months after William arrived in Ulster. Sir George Paulet, the English Governor of Derry, was a vindictive man that despised the native Irish. Derry was situated beside O’Doherty’s green, lush lands and Paulet tried repeatedly to confiscate them, even though the English courts had forbidden it. Finally, Cahir had had enough. If he had been of a lowlier status, he might have set a trap for Paulet and killed him in the dark of night and without witnesses. But he was the last Gaelic King of Ireland. He led hundreds of men into Derry after overrunning and confiscating weapons at Culmore Fort, burning the village to the ground and killing Paulet. It touched off O’Doherty’s Rebellion and William Neely would have to choose between his oath to the king and joining the forces of a people that were likely distant relatives.

The book I wrote of William’s adventures and O’Doherty’s Rebellion, Checkmate: Clans and Castles, is the first of a new historical series that chronicles the lives of the men and women on both sides of the English-Irish conflict. It would eventually lead to Irish independence, the Republic of Ireland as we know it today; but the story is not yet finished. In establishing the Republic, the counties of Ulster with the exception of County Donegal, became known as Northern Ireland and is today part of the United Kingdom. The laws are quite remarkable still: they are not permitted to fly the Irish flag, Catholics are still considered second- or third-class citizens (though that has been changing) and Irish Gaelic is not spoken. For centuries, the native Irish were not permitted to vote, could not own land and did not have a voice in government—or their own futures.

With Brexit, however, decisions will need to be made by both Scotland and Northern Ireland: whether to remain with England or remain in the European Union. Only time will tell, but if Northern Ireland joins with the Republic of Ireland through a vote that the English Parliament has said they will honor, it will result in the first time since the late 1500’s that a united Ireland will be truly independent from the British Empire.

Meanwhile, I am working on the rest of the series, a set of books that take place against the backdrop of wars, famine and political, religious and cultural strife, spanning from 1608 through the 20th century.

What are you reading?