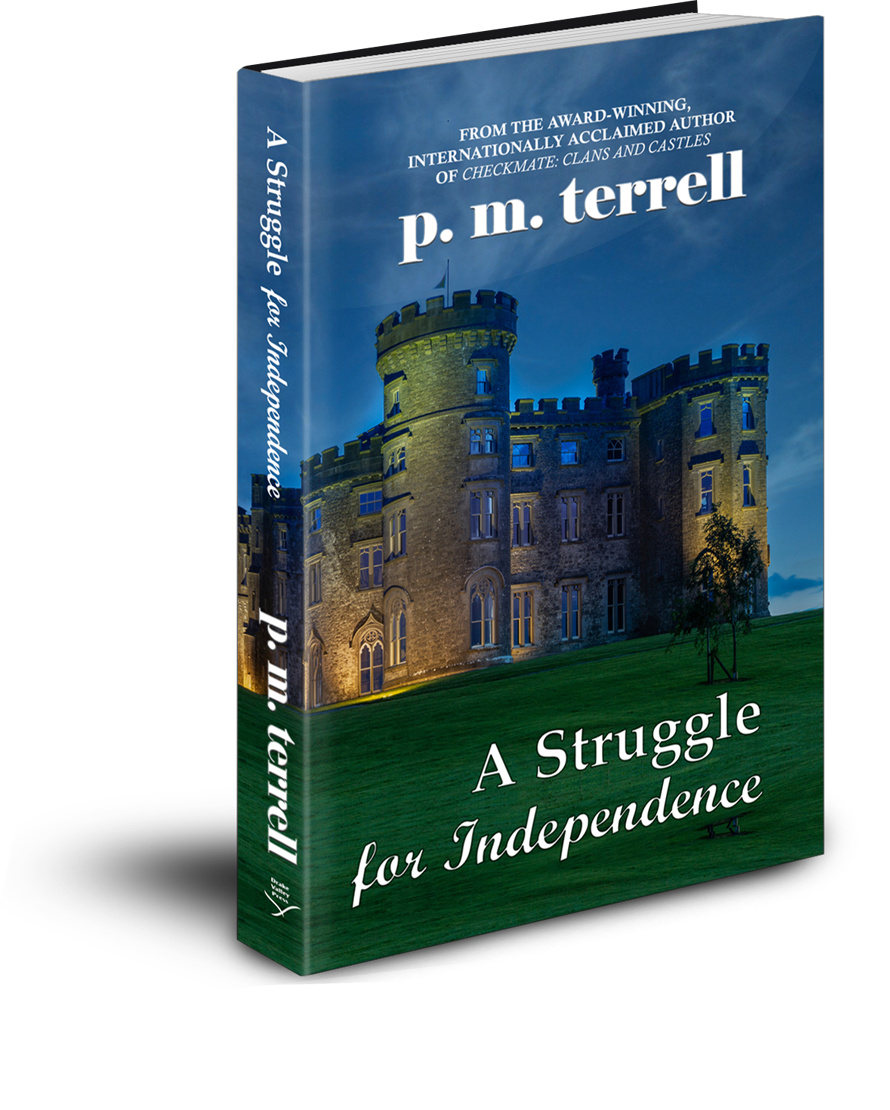 A Struggle for Independence
Released by Drake Valley Press, March 2020

It is 1916 Ireland, and Independence Mather has settled into a routine in an arranged and loveless marriage when she meets architect Nicky Bowers. She falls in love with the charming and attentive Irishman, but Nicky holds secrets. When she discovers he is an Irish rebel on the eve of the Easter Rising, events propel her into the midst of the rebellion.

From Dublin’s GPO to Saint Stephen’s Green, she races to discover whether he is yet alive or he is one of those cut down by seasoned British forces arriving to put down the rebellion. At a crossroads in her life and in Ireland’s history, she must make a decision that will change her life forever: she can remain the wife of a British loyalist, or she can risk losing everything to be with the man she loves.

Set against the sweeping vistas of Ireland from Dublin to the Wicklow Mountains, terrell brings alive a tumultuous time in Ireland’s history, interweaving historical events and the people that gave their lives to ensure Ireland’s independence.