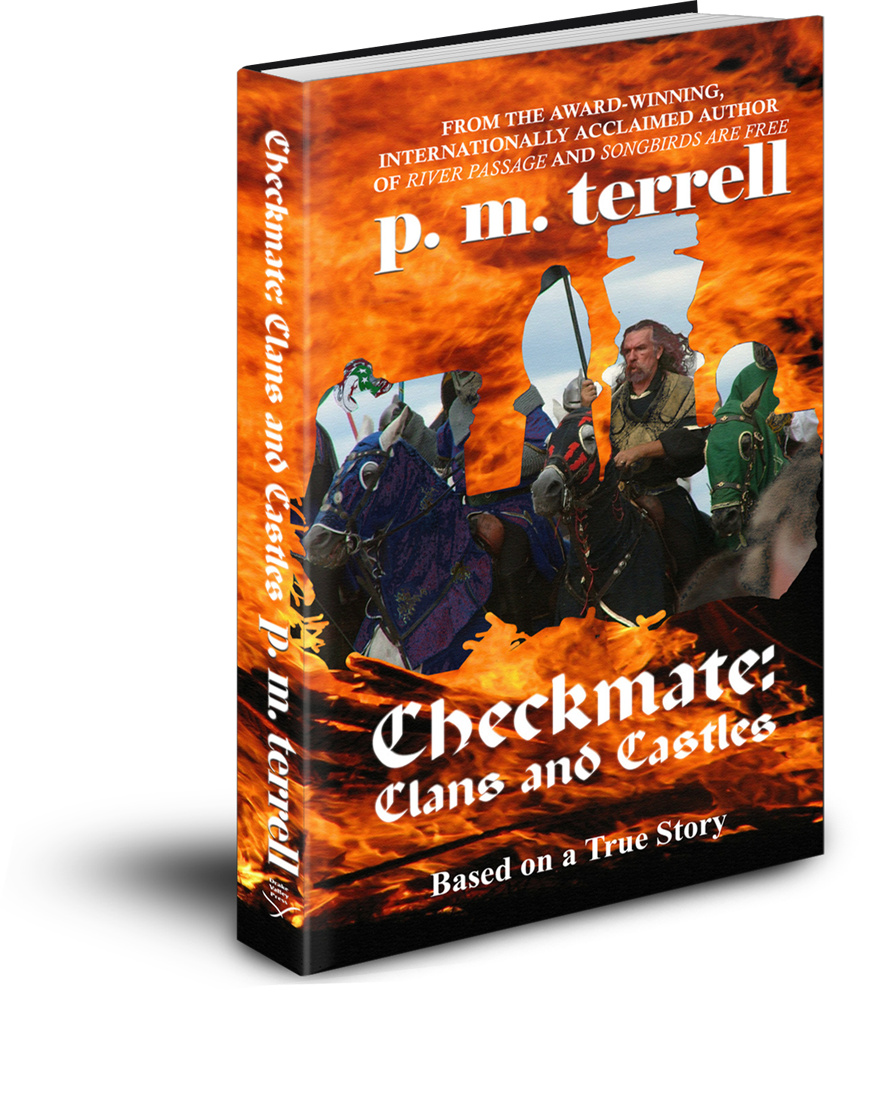 Based on a True Story

Anyone of Scot-Irish descent has ancestors who took the same journey as p.m.terrell’s ancestor, William Neely. In 1608, he left Wigtownshire, Scotland for Ulster. He was looking for his place in the world but what he found was the adventure of a lifetime and a role that helped to change Ireland’s history.

Surrounded by powerful clans that had ruled Ulster for more than a thousand years, he would come to know some of the most mighty chieftains of the time, including The MacSweeneys, Niall Garbh O’Donnell and the formidable Cahir O’Doherty, who launched O’Doherty’s Rebellion with the burning of Derry and the killing of Sir George Paulet of His Majesty King James’ service. It would put in motion a chain of events that would transform Ireland and it would mark Cahir O’Doherty as the Last Gaelic Irish King in Ireland.

Based on years of painstaking research, William Neely was author p.m.terrell’s grandfather 10 generations back. Only 18 years old when he left Scotland for Ireland, he arrived with Sir William Stewart and soon helped to establish Fort Stewart in County Donegal. With the fierce Gallowglass MacSweeneys to his north, Niall Garbh O’Donnell to the south and west and Sir Cahir O’Doherty, once known as Queen Elizabeth I’s O’Doherty, to his east, he was surrounded by clans and castles.

Cahir O’Doherty had risen to power as a teen after the death of his father. With the help of his godfather Phelim MacDavitt, he turned against other clans when his friend Sir Henry Docwra was attacked and besieged at Derry, helping to save his life and the lives of Crown soldiers. In return for his loyalty and fighting on behalf of Queen Elizabeth I and then King James I of England in the Nine Years War, he saved his clan lands on the Inishowen Peninsula and his people from the fate that had befallen Hugh O’Neill, Rory O’Donnell and The Maguire, leading to the Flight of the Earls in 1607.

Peace would be short-lived, however, when Henry Docwra, Governor of Derry, was replaced by the ruthless Sir George Paulet, who ushered in a new wave of hatred for the Gaelic Irish. It would all come to a head on one fateful night when O’Doherty took the commander at Culmore Fort hostage along with his wife and son. Gaining access to the weapons at Culmore Fort, he led an invasion of Derry, burning the village to the ground. It would touch off a wave of events that would unite the major clans of Ulster, leading to a bombardment of Burt Castle, a counterattack in the Inishowen Peninsula and the burning of Ulster; a major battle at Kilmacrenan and finally a siege at Tory Island.

Many men would die, some would remain in the Tower of London until their deaths, and many more would be changed. It would usher in the age of The Plantation and mass immigration of Lowland Scots, encouraged by King James I to transform all of Ulster.

Clans and Castles, the first book in the Checkmate series, tells the story from the time William Neely leaves Scotland for Ireland when tensions are already beginning to surface through the aftermath of O’Doherty’s Rebellion. He befriended Cahir O’Doherty, who was friendly to English and Scottish settlers when Wills arrived in Donegal, but he was forced to choose between friendship and Crown loyalty when O’Doherty switched sides. The result would find the two men facing off against one another at the fateful Battle of Kilmacrenan.