Psychic Spies on the Front Line of War

During the Cold War, United States Intelligence Agencies discovered that the Soviet Union was using psychic spies and astral travel to spy on the USA. The CIA and the Department of Defense received funding to determine whether psychic spies and astral travelers were charlatans with no true abilities, or if it was truly possible to “see” without being physically present. Concerned that the term “psychic spy” would alarm the general public, our government named those they studied and worked with “remote viewers” or “RV”. 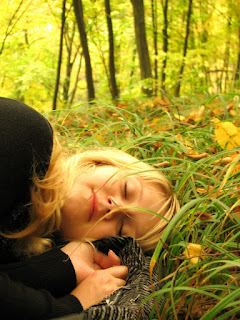 The theory behind remote viewers is they can enter a trance-like state that separates their mind from their body, enabling them to travel to any area in the world. There are approximately 90,000 pages of declassified CIA documentation regarding The Stargate Project, which was in operation from the 1970’s through 1995. However, the termination of Stargate does not mean that psychic spying has ended; it continues to this day under other code names.
Astral travel is essentially the same thing: by entering an altered state of consciousness, an individual can project their thoughts/mind/soul to another place.
The CIA conducted experiments and then formal training based on science with strict controls. Beginner experiments were used to determine if a person truly had psychic abilities. An example is to place the subject in a chair, their eyes closed or blindfolded. A card from a deck is pulled in another room and the subject must be able to tell the interviewer that there is, in fact, someone in another room with playing cards, and which card they pulled.
As a subject shows psychic tendencies, all of which are carefully monitored and recorded, experiments become larger, covering greater distances and requiring more detail. They might be given coordinates (latitude/longitude) and asked to describe what they see there. The best psychics are also adept at drawing what they have seen, which is later compared to what is actually in that location. It could be the Kremlin, a battlefield, or something mundane such as a simple house or a gravesite of a person who is not famous and whose name would not be previously known.
The experiments form a ladder in which more subjects are discontinued as the tasks become more difficult, requiring more precision, until only the best remain. Even then, all their information is checked by ground operatives and verified through other Intelligence means.
An example of one of the more difficult experiments is described in the CIA declassified document involving Taurus 1 and Taurus 2, in which a psychic spy was placed aboard a submarine, which was submerged. Five hundred miles away, two investigators appeared at a given time but at a place unknown to the psychic. The remote viewer’s assignment was to find the two investigators and describe the place.
In one such experiment, the investigators stood beside an oak tree located at the top of a hill in Portola Valley, California. The psychic described the place and when later shown six similar photographs, he was able to select the correct one based on his vision/remote viewing session. 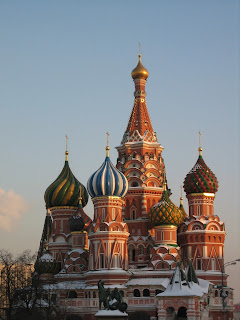 In 1983, a then-classified document warned that the USSR and China were both actively engaged and fully supported by the highest government levels in psychoenergetics, the study of the links between the human psyche and mystical forms of energy. It is considered a subschool of psychotronics, which encompasses telekinesis. The report further stated that this poses a potential threat to U.S. National Security. (This document was part of the GRILL FLAME documentation declassified by the CIA.)
Since the Cold War, the United States along with more than a dozen other countries have actively engaged in training remote viewers. By recruiting the individuals who showed the highest aptitude in psychic testing, the CIA and the Department of the Army found that training them based on scientific principles and proven techniques, they could increase their abilities substantially.
Declassified documents show that experiments, testing and training proved conclusively that remote viewing could indeed obtain operationally useful information.
I read countless pages of declassified documents in developing the character of Vicki Boyd, the CIA psychic spy, in my Black Swamp Mysteries Series. I often take true stories from previous decades and update them to the present day. The steps Vicki goes through in entering a trance-like state is taken directly from the narratives of real psychic spies. Below is an excerpt from Vicki’s Key:
Vicki took a deep breath and felt her chest rise and fall in a pattern similar to sleep. She cleared her mind of the dozens of details and thoughts that threatened to hijack her concentration and focused instead on the steady sound of the water surrounding her. 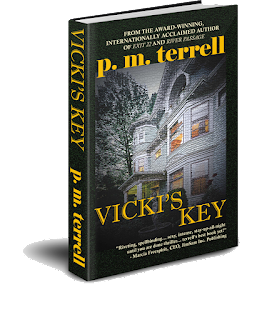 Though her eyes remained closed, she felt the room grow white around her and then she was whisked upward like a bird catching its broad wings on a current of air and allowing it to take her away.

She was weightless. It felt effortless to spread her wings and be transported high above the ground, above the treetops and rooflines, soaring toward the clouds. It was a beautiful summer day, the sky a shade of blue that set the Carolinas apart; dotted here and there with fluffy, white clouds that danced with her every movement.
She felt like an eagle. As she glided on the air current, she became acutely aware of her eyesight; it was stronger than a human’s—so strong that she could see a rabbit emerging from a row of hedges nearly a mile away. The tiniest bird was clearly visible and eggs in treetop nests shone like beacons.
She dutifully turned eastward. In the blink of an eye, the clouds were gone. In their place was a solid, deep blue the shade of a passionflower, almost purple in its cavernous intensity.      Beneath her were shades of brown. Gone were the flowers of North Carolina, bursting in their kaleidoscope of brilliant colors; gone were the trees with their extensive range of greens that ran the gamut from peridot to deep moss. In its place was the Moroccan desert, its sands stretching in various shades of fawn across the earth. Buildings rose in blocks of yellow- and reddish-brown, their height their only distinguishing characteristic from the shifting sands. She soared above jagged crags that rose from the ground like hilltops created from the variable winds.
“Northeast of Kabul, Afghanistan. Headed toward Pakistan. Foothills of the Himalayas.”
“Your mission,” Sam said, his voice soft but firm in her imagined earpiece, “is to locate a remote village. Only one road leads in through the mountains, isolating it from the rest of the country.”
In a fraction of a second, she had covered hundreds of miles. There was much more to the Hindu Kush to her east—into Pakistan and even further into India—but her focus remained on a relatively smaller area west of the Pakistan border. She travelled northward, then turned to the south, and then back north. 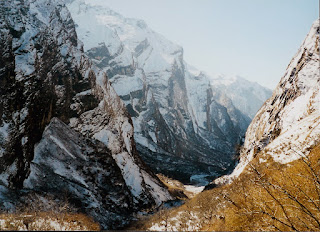 The foothills of the Himalayas rose beneath her, their peaks reaching past the clouds. It was beautiful, even heavenly and yet forbidding. She moved past mountain peaks coated in ice so thick that even the harsh sun so close overhead could not melt them. She peered into cavernous crevices so deep that if they were filled with water, they would rival the depths of the ocean. As she moved down the mountains, she soared past mountain goats whose reddish brown coats almost blended seamlessly with the mountain rocks, their movement the only factor that gave them away. The ground beneath their feet was simply rock and dirt, and she wondered fleetingly how they could possibly survive in such an inhospitable land.
Then she was moving toward a strip of green that stood out from the sandy and mountainous terrain, guiding her inward. As she moved past the mountain range, she noted a passage that could barely be considered a road; it was just a footpath that wound its way around the edge of a mountain. The shoulder consisted of rocks no larger than the palm of a hand, and as a mountain goat navigated it, its hooves kicked pieces that careened downward hundreds of feet.