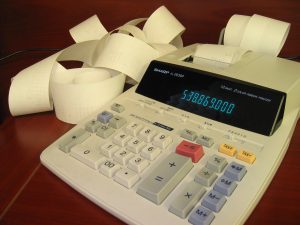 I saw a fascinating video while surfing Facebook, which got me to thinking about personal belief systems. We don’t have the option of saying that 1+1 does not equal 2, or that the letter ‘a’ has been removed from the English alphabet. We can’t declare that Washington, DC is no longer the capital of the United States, or question whether Shakespeare and Dickens ever existed.

Yet in so many other instances, we choose what we wish to believe even as facts lie before us. We do not question whether World War II actually occurred, and yet some choose to belief the Holocaust never happened. We don’t claim film footage from the War was falsified and yet some claim the filming of concentration camps were.

As scientists confirm global warming and we witness ever-strengthening hurricanes fueled by warmer waters, many in power state flatly that global warming does not exist.

One individual—or a group of individuals—cannot state that the earth is flat and make it so. Yet they believe they can state that global warming does not exist and like waving a magic wand, it will disappear. 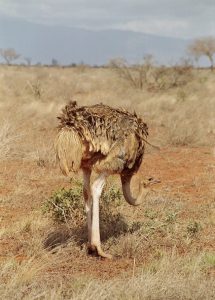 Instead, they are like the ostrich, sticking their heads in the sand so they cannot see the predator lurking nearby. The ostrich is not made invisible by their action, and believing they are does not make it so.

The United States has been a world leader since World War II. Yet if we decide we no longer believe in mathematics, literature, history—or science—it does not mean that the rest of the world will believe as we do. Instead, it means that we are giving up our position as a world leader, stepping aside so someone else can fill the gap. And there are many willing and ready to step in—from Japanese robotics to China’s space exploration to India’s renewable energy. 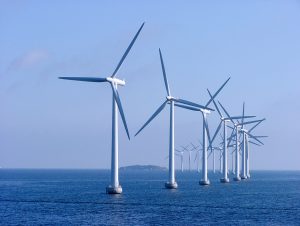 If the United States wishes to remain a superpower, they must lead the way. They can’t step aside and allow someone else to lead and then insist with puffed chest that they are number one. Saying it doesn’t make it so. Facts will determine who the leaders are, and right now the US is slipping—sometimes badly.

Sometimes believing in something else takes vision and a quantum leap of faith. Consider when John F. Kennedy declared that we would put a man on the moon—only 58 years after the Wright Brothers took their first flight. Yet this country made it happen. And if we hadn’t, Russia would not have abandoned their space exploration; instead, they would have left us sitting literally in the dust.

In writing my books, I often abandon what we’ve been taught to believe and study the cutting edge of science and technology. I was fortunate to be a contractor with the Secret Service in the 1980’s when they were developing the first facial recognition program to assist with presidential and dignitary protection. Now we have smartphones with facial recognition; Facebook has instituted a new facial recognition step in establishing an account—and China is even using it in public restrooms to prevent toilet paper theft. (Yes, really!)

What we once believed was the stuff of science fiction is here and it’s real. 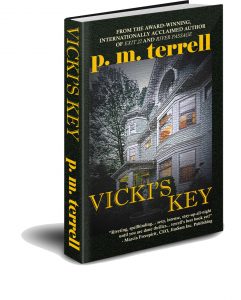 Some thought my use of a psychic spy in the Black Swamp Mysteries Series was science fiction, a storyline fueled by an overactive imagination. But declassified information on the CIA’s own website detail a number of missions in which psychic spies—also known as remote viewers, to prevent public bias—is used to spy on our enemies. The United States isn’t alone. Russia, China, India, Japan, Israel and many others employ psychic spies. When a country blasts it as hocus-pocus and refuses to use it, it doesn’t mean it goes away or fails for the rest of the world. It means the disbelieving country has become like the ostrich with its head in the sand.

The 7th book in the Black Swamp Mysteries Series (as yet unnamed) has psychic spy Vicki Boyd—now married to CIA operative Dylan Maguire—on an island off the coast of Ireland as a massive hurricane cuts them off from the mainland. Think hurricanes are impossible that far north? The weather services thought them so improbable that their software couldn’t even calculate the path—and then Hurricane Ophelia struck on October 16, 2017.

I’ve written about Irish hurricanes as well, including The Tempest Murders, which detailed The Night of the Big Wind in January, 1839. It struck before the massive storms were called hurricanes in Ireland and there was no forewarning. It stands today as one of the worst storms to ever hit the island.

And that video I mentioned at the start of this blog? Here it is—four minutes of Neil deGrasse Tyson and why we should believe in science:

p.m.terrell is the internationally acclaimed, multi-award-winning author of more than 21 books in several genres. She is also the founder of Book ‘Em North Carolina and The Novel Business. Find out more about her books at pmterrell.com.