Closure and the Hero

One major way in which fiction differs from reality is with closure. Readers need to have most of their questions answered by the end of the book or they feel dissatisfied. In reality, a lack of closure is commonplace and often leads to a great deal of angst.

A common circumstance that prevents closure is through a death, especially if the death is sudden or unexpected. We may have a tendency to believe that the people surrounding us will always be there and will always be available to answer our questions, when in reality none of us carry any guarantees. A loved one’s unexpected death might then leave us with unanswered questions for months—or even years. 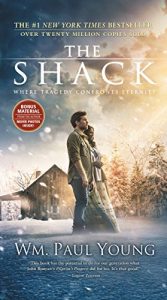 In fiction, the plotline may begin with the death of a loved one. We find our hero suffering from heartbreak due to the physical loss as well as experiencing a sense of loss from all their unanswered questions. This, in turn, places the hero—and the reader—on a journey. A notable bestseller that uses this plotline is The Shack by Wm. Paul Young.

Or we might discover the deceased led a double life and the person we thought we knew was someone else entirely. In A Double Life by Flynn Berry, the deceased is someone that is murdered and the loved one—the hero’s father—is missing for nearly thirty years. In Claire’s journey to discover what happened, she is placed on a path that will determine whether her recently discovered, estranged father is a murderer. The book is inspired by the real life story of Richard John Bingham, 7th Earl of Lucan and better known as Lord Lucan, who disappeared in 1974.

In other stories, we discover things about the deceased that might have pulled the hero closer to their loved one, if only they had known. A notable one is Everything I Never Told You by Celeste Hg, in which a couple’s favorite child is found dead in a local lake, plunging the family into a journey filled with secrets and longing. 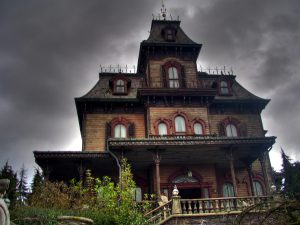 In other stories, the hero might have inherited property from the deceased, often from a distant relative they barely knew. The property is never in the hero’s hometown, but always in an unfamiliar setting, which takes us on a journey of discovery together. They often encounter secrets long hidden, a haunted property, or in forging a new life for themselves, they fall in love or otherwise are placed on a path they had never foreseen. Many times they confront problems, often seemingly insurmountable, and through the act of perseverance they come through the fire, forever changed.

In reality, not having closure is also increasingly common through ghosting, a term I (being of an older generation) was not familiar with until recently, although the AO (Always Online) generation considers it a fact of life. In this case, the loved one has not died but has simply become a ghost to someone with whom they had a relationship. The one that is left may have been unfriended or unfollowed on social media, have had their phone numbers and email addresses blocked, often rendering the other party impossible to reconnect with. This leaves even more unanswered questions as the biggest question of all—Why?—remains elusive. This is particularly frustrating when the parties live far apart, even on opposite sides of the world, preventing the party that was left from physically reconnecting. 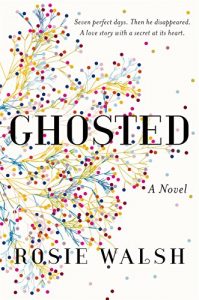 One novel that dramatically covers this phenomenon is Ghosted by Rosie Walsh. Two people meet and fall in love and when one disappears, the other is left with a million questions. This is a page-turner that takes our hero on a quest to discover what happened to the man she loves.

Then there are novels in which closure doesn’t occur until decades later, such as Secrets of the Lighthouse by Santa Montefiore, the story of a woman that travels to Ireland and discovers thirty-year-old family secrets—and in so doing, discovers her future.

In fiction, unlike real life, authors must make sense of the journey we’ve put the reader on. In reality, much of our lives appear to have no rhyme or reason and we are constantly discarding those things our subconscious deems unimportant to fill our brains and our time with those things our subconscious considers important. Novels must dispense with the unimportant and focus only on what is critical to the plot. Every scene must perform double duty, and by the end of the book the reader must be satisfied why they were taken on this journey. The best books leave lessons behind. The best books contain characters that come alive in our minds and heart, characters that have become our friends or our foes during the course of the book and that remain with us long after we have finished that last page. To leave the character in limbo or the reasons unexplained is to leave the reader with the sense that closure has eluded them.

The exception is when a book leads us to the next in the series. We still require closure of those challenges that brought us through the plot with the characters, but we also begin to see clues that the characters’ stories are continuing. Perhaps they are given a new job, different mission, a move is imminent or a romance is beginning. We have become invested in the characters so we will eagerly await their next adventure as we have done with James Bond, Jason Bourne and others.

And in that continuing adventure we discover that the novels now imitate life, and once one chapter is laid to rest, another begins.