The Drowned Village – A Classic Tale 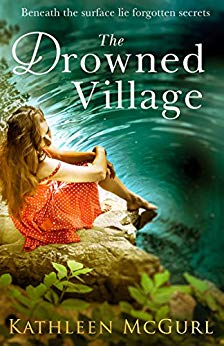 Some books have the power to remain with the reader forever; The Drowned Village is such a book. If there is one lesson to be learned from this story, it is that none of us can expect to have complete control over our lives. There is always the possibility that we will be dealt an unexpected blow, even an undeserving one, and even the most unfortunate among us must continue to put one foot in front of the other and make the best from what we have left.

Read the full review below or watch the video here or at https://youtu.be/fp03wQGuvX8.

Stella is ten years old in 1935 as she walks the Old Corpse Road with her father, her younger sister and a funeral procession for her mother. The family is poor, the father cobbling together the barest of income by making repairs to neighbors’ equipment, such as bicycles. With his wife gone, he must support his family while also babysitting three-year-old Jessie while Stella is at school. When his elderly father requires assistance with his most basic of needs, he must move him into his own home and care for him as well. Added to this weight is the news that Brackendale Green, the English village in which they live, will be completely demolished as a newly built dam is expected to flood the village.

Through the course of this book, we see a motherless child forced to grow up all too swiftly as catastrophic events beyond her control cause her to lose everything she’s ever known. She blames herself through the decades for being unable to stop these events, despite the fact that she was only a child when they occurred.

As we flash forward to the present day, Stella is an elderly woman urging her grown granddaughter Laura to visit the Lake District after an unusual drought has left the lakebed dry, exposing the village for the first time in decades. There are secrets hidden in the ruins, secrets that have haunted Stella for an entire lifetime and now, too frail to go herself, it is up to Laura to uncover them and set things right. Laura is rebounding from a disastrous relationship and needs a break from her job and caring for her grandmother. What she will find in the drowned village will change not only her grandmother’s life but also her own.

The Lake District with its condemned village, inspired by the real Haweswater reservoir and Mardale Valley, comes alive. I could feel the heaviness as Stella walked along the Old Corpse Road, could picture the variety of characters in the village—both friend and foe—and I felt as though I had been transported back in time. The characters are so multi-dimensional that I realized I was intentionally slowing down my reading because I did not want the book to end. And when it did, I found myself dreaming about Stella, her father and her sister.

The Drowned Village by Kathleen McGurl is a classic. I highly recommend it.