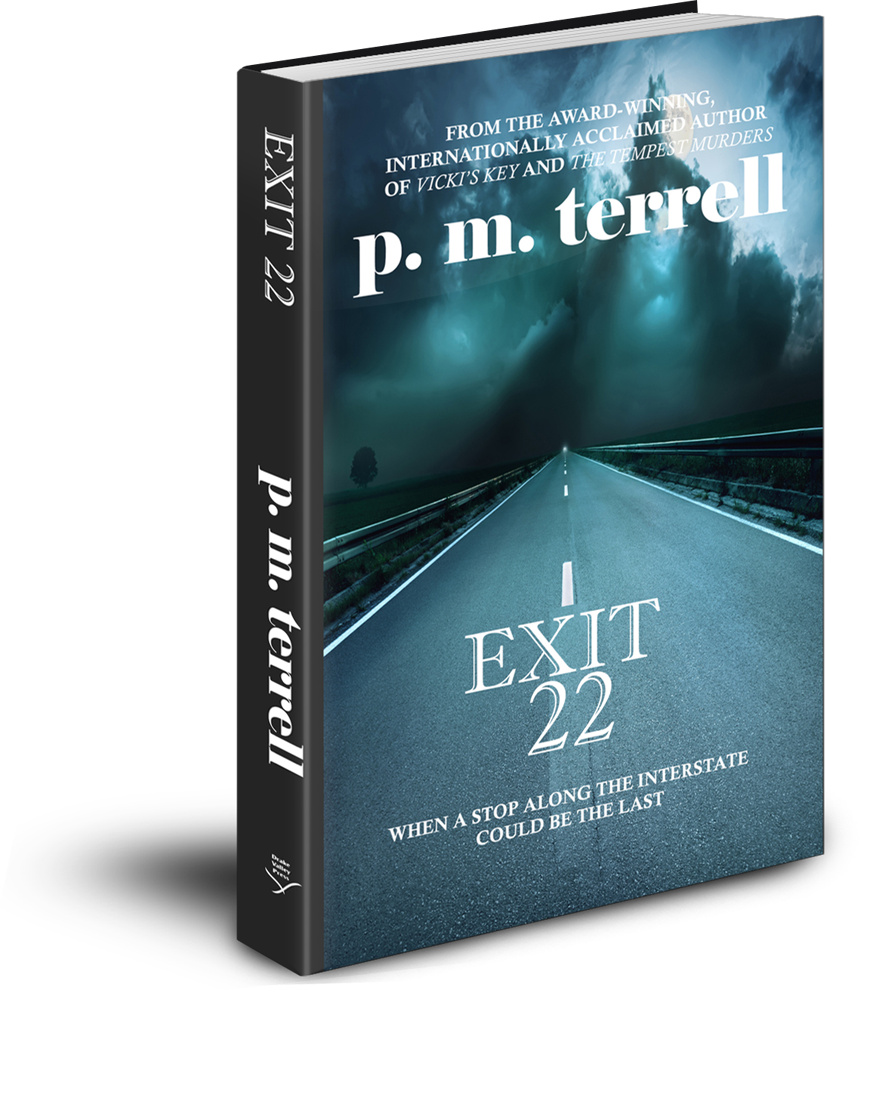 Christopher Sandige is a political strategist on his way from Washington to Florida when he is involved in an accident at Exit 22 in North Carolina. Stranded for the weekend, he meets a beautiful but mysterious woman and becomes embroiled in a double homicide. He must decide whether to trust the woman he is falling in love with, even as evidence mounts against her and he is swept into a world of shell corporations, bank fraud and the oil industry. Now he is being pursued by a dogged homicide detective and a hired assassin – one who wants to arrest him and the other wants to kill him. And time is running out.