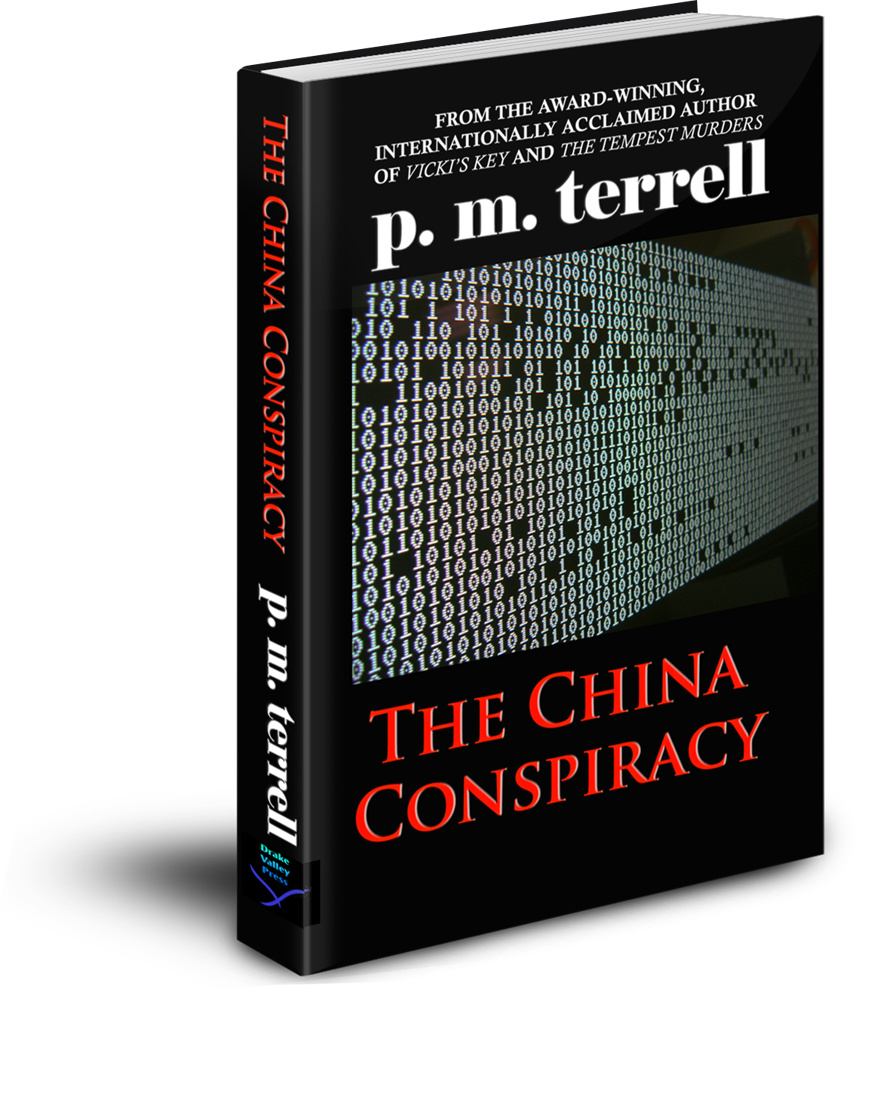 The China Conspiracy
Published by Drake Valley Press, May 2003.

Kit Olsen has fallen into a routine as a 17-year veteran programmer/ analyst for the CIA, wife to an increasingly absent husband, and mother to 16-year-old Tim. Then two of her fellow programmers are abducted and murdered, and her son is kidnapped. The ransom: a program written in Mandarin that was covertly intercepted by the CIA.

Now in an effort to ransom her son, she is swept into a dark underworld filled with crosses and double-crosses, where no one can be trusted and nothing is as it seems. Kit knows the answer lies in breaking the Mandarin code, which leads to a political bonfire that she never could have imagined.

Goodreads reviews for The China Conspiracy